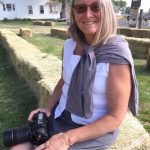 Anne was the CEO and Office Manager for the International Feng Shui Guild from 2004 to 2007. During that time she and the Board of Directors set a dynamic new direction for our professional organization as is evidenced by it’s impact in the world of Feng Shui.

She was the founding director of the Portland Oregon chapter became a Regional Director and then served for a year as Director for Membership while maintaining her business Moongate Feng Shui.

With a Masters Degree in Counseling Psychology (Lewis and Clark College,1981) and a Certification in Landscape Design (1979) Anne is interested in the beauty of both inner and outer aspects of life. She brings over 30 years experience in personal and relationship counseling to her practice. She was originally certified in Five Element Feng Shui from the Lotus Institute in Seattle and has studied with a wide variety of teachers in western and traditional methods.

She uses the I Ching in her personal and client work having studied with Carol Anthony and Hanna Moog. She is a painter of intricate mandalas and has taught others in that discovery process. Teaching and lecturing and designing are part of her varied work. Anne has been on local TV and radio programs and has been featured in the Oregonian newspaper and other local publications.