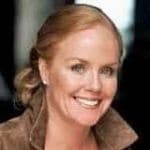 Cathleen McCandless is a highly respected, nationally known expert, author, teacher, and speaker on the subject of feng shui. With over twenty years experience, Cathleen’s unique, no-nonsense, practical approach to feng shui has been featured in many esteemed publications including the New York Times, the Washington Post, the San Diego Union Tribune, the Houston Chronicle, the Los Angeles Times and many more.

Named “The Best Feng Shui Expert in San Diego” by San Diego Magazine, Cathleen’s radio and television appearances include everything from prime-time newscasts to a starring role in the nation-wide television series, Feng Shui Living.

An Important indicator of the excellence and expertise of any feng shui consultant is their client list. Cathleen’s unsurpassed talent and expertise has earned her the respect of top corporations and companies around the world. In addition to her valued residential clients, Cathleen has provided feng shui consultations, lectures, and programs for:

To apply for this job please visit FengShuiMauiHawaii.com.