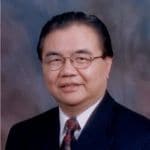 Joseph Yu was born during the second world war in a small village in South China. He spent his childhood as a country boy and did not receive any formal education until he came to Hong Kong at the age of eleven. A lot of people suggest to him that he should create a story of learning Astrology and Feng Shui in early childhood from a monk as do many a famous Feng Shui Master. He prefers to tell the truth.

Yu studied Mathematics and Physics in the University of Hong Kong in the early 1960’s. He abhorred all kinds of superstition and vowed to destroy such absurd beliefs of ignorant people. He then frequented libraries, trying to find fault with Astrology and Feng Shui from ancient books. The deeper he went into the subject, the more excited he became about the rich legacy of ancient Chinese culture.

Whether or not to become a professional astrologer and geomancer or continue in the fields of mathematics and physics, became a constant dilemma. Astrology and Feng Shui have been viewed as superstition by their skeptics. Astrologers and Feng Shui masters have been linked with fraud for centuries.

Someone wrote in his book, “If more knowledgeable men provide true Astrology and Feng Shui services, the ignorant and fake ‘professionals’ will vanish.” Sharing the same view, Yu decided to provide useful services and correspondence courses at an affordable price.

In order for more people to understand what Chinese Astrology and Feng Shui really are, Yu is offering carefully planned courses. Some of the courses are for the average layman; others aim at training people, dedicated to practicing Feng Shui and Chinese Astrology consultation. It is hoped that one day this valuable Chinese culture earns proper recognition by the scientific world.

Joseph Yu founded the Feng Shui Research Center in 1998 to accomplish his mission.

While Joseph Yu was a mathematics teacher after his graduation, he was lucky to have as his neighbor one old Feng Shui master. This old master was very kind to disclose a lot of secrets of the five arts to him even though he was not one of the old master’s apprentices.

In one Chinese New Year party at the old master’s home, the master said to his disciples, “This young man, though not officially under my care, has learned more than most of you because he has a logical mind and dares to argue with me on various issues.”

The old master passed away a few months later. Joseph Yu did not feel comfortable in the company of the disciples of this good master. He is grateful, but circumstances make it impossible to express his gratitude towards the master who passed on to him a lot of invaluable knowledge.