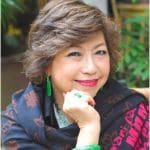 As one of world’s leading exponents of Feng Shui, Lillian Too’s in depth knowledge, acquired from great masters throughout the East, spans over 30 years.

Retired from a lucrative career in the banking and corporate world at the age of 45, Lillian Too is living proof that feng shui works.

She says she owes her incredible luck & many successes in her career & business activities to her in depth knowledge of Feng Shui which she has been applying to every aspect of her life.

After graduating with an MBA from the Harvard Business School in the USA, Lillian embarked on a corporate career and became the first woman in Malaysia to head a public listed company.

In 1982 she became the first woman in Asia to be appointed CEO of a Bank.

Her achievements in the competitive commercial world of Hong Kong and Malaysia have been much applauded.

After her years as a banker, Lillian Too worked with Dickson Poon as Executive Deputy Chairman of his group of companies, helping him build his vehicle, Dickson Concepts.

Lillian then went on to package the leveraged buyout of the DRAGON SEED group.

With the powerful First Pacific Group of Indonesia and Prudential Asia as her partners, she took control of this department store group, became its Executive Chairman, turned it around and cashed out.

Then she retired to become a full time mother and a writer.

Today, Lillian Too is the world s number ONE selling writer on Feng Shui.

She has authored over 80 best selling books on the subject, which have been translated into 30 languages.

Her books sell in the millions of copies around the world, in the process popularising feng shui worldwide.

Lillian Too is also the founder and chairman of WOFS.com, a feng shui merchandising and franchise company, and the Lillian Too Certified Consultants Institute, which runs correspondence courses and certification programs in feng shui.