Can Crystals Really Help with Your Home’s Feng Shui?

I don’t think there’s really a correct answer given what we know today. But if you ask me, I’d say that crystals have its place in Feng Shui. However, I think how it’s used is still unclear and therefore, it won’t bring the improvements that you’d expect.

If you’re into Feng Shui crystals, I’m sure you’ve heard something similar to this: “Hang a crystal [here and there] to bring positive energy to your home.” Or, “place a crystal in [Bagua area] to energize and activate the energy in that sector.”

Are crystals really that powerful? I have my doubts. That’s the main reason why I wrote this article. After you finish reading this, you’ll see why I have those doubts.

Another reason is that I see that many of us (including me) just take Feng Shui crystal tips for granted because Feng Shui experts say so.

Just to be clear, I am not here to discredit crystals for Feng Shui.

Instead, I’m here to offer more clarity as to why crystals have become part of the Feng Shui practice. I will present some facts and observations about crystals and how it relates to Feng Shui. This information is gathered from scientific publications from various Universities and a dissertation from the University of Pittsburg.

After reading this article, you can form your own opinion on whether to use crystals for Feng Shui cures or enhancements.

To begin, let’s briefly cover how crystals are used in Feng Shui.

Crystals have a broad use in today’s Feng Shui. Some experts use it as an energy booster, while others use it as a cure or an enhancer.

Here are some tips given by Feng Shui experts on using crystals:

1 Crystals bring strong Feng Shui Earth element energy. They are most suitable to be placed in the Center, Northeast, Northwest, West, and Southwest of the home because these areas can benefit from additional Earth element.  -Rodika Tchi

2 It is very important to hang Feng Shui crystal balls using a red cord. Placing a crystal ball directly above your head while sitting at your desk can help you with your career by improving concentration. -Anjie Cho

3 Feng Shui crystals can be used for love, luck, and money. Among many uses, it can be used as a cure to “arguing doors” and to curb the Quarrelsome Star #3. -Katie Weber

There are many more Feng Shui crystal tips from other experts that are not listed here. However, my doubt remains on how effective they are when used for Feng Shui.

Here are two main reasons why.

Crystals are NOT Part of Classical Feng Shui

I was wondering whether ancient Chinese used crystals for Feng Shui purposes. So I asked my trusted source, Uncle Dixer, for his professional opinion. Thankfully, I got a response:

“Chinese do appreciate the beauty of rocks and they use them in traditional Chinese gardens and as scholar or viewing stones at home (Gongshi). But as far as I know, there is no mention of using crystals to improve Feng Shui or to use it as a cure (jiehua) in the ancient text or Classical Feng Shui.” – Uncle Dixer, Feng Shui Master

However, one might argue that modern day crystals were non-existent in ancient China. Therefore, its use for Feng Shui has yet to be discovered by modern Feng Shui experts, which was done so.

There is some truth to this argument. After all, some of the most popular Feng Shui crystals nowadays are Amethyst Geode from South America.

So let’s explore how these crystals came into use

Urbanization Resulted in the Use of Feng Shui Crystals

When Uncle Dixer was answering my question, he also forwarded me a dissertation by Shih Hsiang Sung for his Ph.D degree in Philosophy at the University of Pittsburg. Dr. Sung made great observations regarding Feng Shui crystals, specifically focused in Taiwan’s Feng Shui practice. Here’s a summary of it.

The use of crystals for Feng Shui were absent before the 1980’s. Their application was later popularized in the 1990’s by mass media. The commercial landscape and trading relations helped enable this relationship between Feng Shui and crystals.

According to his interviews with Feng Shui consultants in Taiwan, Dr. Sung found that crystals were introduced as an easy and cheap Feng Shui solution.

Due to urbanization, most residents are now living in high-rises and skyscrapers. The traditional Feng Shui application of selecting a land and planning orientation was more suitable for Feng Shui for the country-side. It is not readily applied to urban living.

As a result, Feng Shui consultants would suggest simple solutions, such as the use of crystals or furniture arrangements, as a Feng Shui cure for urban living. To suggest an alternate solution would be too costly, because it may require the resident to change kitchen location or even bedroom location.

But why do Feng Shui consultants accept crystals as a cure? Dr. Sung also gave great insights on this.

Science has uncovered unique qualities of crystals, which you’re about to read in the next section. These qualities can also be called “energy” of the crystal.

Nevertheless, let us explore the scientific properties of crystals to see what sort of energy it has.

Unique Properties of Crystals Based on Science

In addition to Feng Shui, crystals have been used for healing and is still quite popular today. This has prompted the scientific community to study deeper into the structure of crystals. Because human experimentation has too many variables to consider, no conclusive evidence was found between crystals and healing.

However, science has uncovered other aspects of crystals. Here’s what I found.

With that said, here’s how you can further understand piezoelectric. According to “Dr. Knowledge”, Northeastern University physicist John Swain, it means transforming energy from one to the other. From the earlier definitions, you can see that crystals can transform pressure (a form of energy) into electric energy.

Because of its ability to generate electric charge, suggestions have been made to incorporate crystals to generate energy for technological devices (Penn State University).

In Feng Shui, we talked about why you shouldn’t live close to power lines. In addition to the negative Form energy brought by the power lines, another reason is because of the Electromagnetic Field (EMF) of the power lines.

From earlier, you read that a crystal can have an electric charge when electricity passes through. But what about EMF radiation? Like those emitted by our electronic devices such as the TV or computer?

There are mentions where crystal stones can protect you from EMF’s, and that the Black Tourmaline is reputed to do just that. The author goes on saying that individuals may need different type of crystals to protect them because we may not resonate with the same crystals. However, I find this claim doubtful because it does cite authoritative sources.

What I think is that home electronics will have an impact to the crystal’s electric charge. Meaning, EMF radiation can cause the crystal to gain an electric charge, thereby creating its own magnetic field which has the ability to interfere with Feng Shui compass reading. Can this magnetic field be the kind of energy that Feng Shui is talking about?

From my observation, there are really just two ways how crystals may NOT be related to Feng Shui. One is that the energy of the crystal does NOT equate to the “Qi” energy of Feng Shui. The other is the Placebo Effect.

Crystal Energy May NOT Equate to Feng Shui’s Qi

As mentioned earlier, one reason why Feng Shui crystals are popularized is because Feng Shui’s “Qi”, or energy, is defined vaguely. Although Feng Shui Master Howard Choy has a good definition of what it is, the invisible, intangible, and the formless is really hard to have a concrete definition.

In today’s world, we have uncovered numerous amounts of energy: potential energy, kinetic energy, magnetic energy, electric energy, mechanic energy, and countless more. Feng Shui’s Qi, in a way, is also defined as energy. Are they the same?

Because of this vague definition, it is very possible that we have wrongly associated crystal’s energies with Feng Shui’s “Qi” energy. Meaning, Feng Shui’s Qi may NOT be the same as the electrical energy and the magnetic field that crystals can potentially create.

There are people who claim that crystals have helped them a great deal, ranging from better health to leading a better life because of Feng Shui improvements.

However, their life improvements may not be caused by the crystals.

This is similar to the placebo effect. A placebo is commonly used for experimenting new drugs. It is anything that seems to be “real” – but isn’t.

Here’s an illustration of the placebo effect using crystal healing. It is based on a study by Christopher French, head of the anomalistic psychology research unit at the University of London.

In the study, 80 participants were asked to meditate while holding a real quartz crystal or a fake one, with those who held onto the fake crystal believing it was real. When both groups were asked about their sensations while meditating, the result from both groups were not much different. Both groups reported an increased feeling of overall well-being. 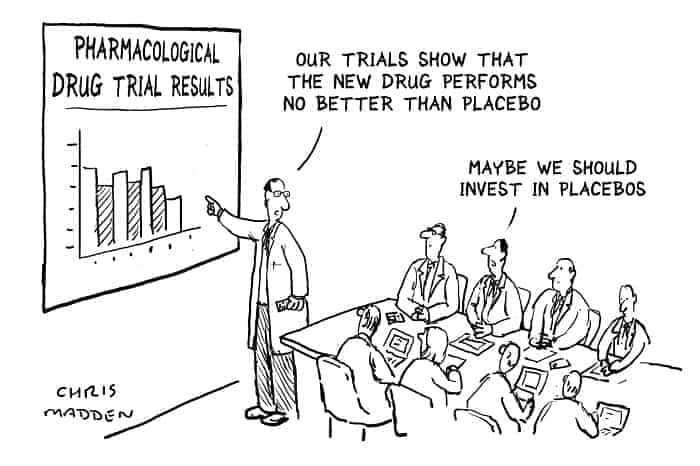 Thus, it is possible that those who felt improvements in life by using crystals may have wrongfully given credit to crystals.

Should You Use Crystals for Feng Shui?

By now, you should have your own opinion as to whether crystals should be used for Feng Shui. If you’re still not sure, here’s what I can tell you.

Feel free to use crystals for your home, whether it be for a simple décor or for Feng Shui. All objects have its inherent elemental energy and its place in Feng Shui. After all, many of today’s Feng Shui Experts have endorsed its use for various reasons. How effective they are is THE question.

If crystals bring you a peace of mind, great! But IF you decide to use it for Feng Shui, don’t expect too much from it. Personally, I have my doubts on how much impact it has. I prefer Classical Feng Shui practices because those methods have been tried and true for centuries. Meaning, I think there are better ways to improve and enhance your home’s Feng Shui other than using crystals.

Feng Shui crystals are popularized in the 1990’s. Its use could be based on a fallacy of connection between Feng Shui’s Qi energy and crystal’s energy as discovered by science. Also, the positive effects that people experience with crystals could be a result similar to the placebo effect.

However, many of today’s Feng Shui experts have incorporated crystals into their Feng Shui practice. It is completely up to you whether to use it or not. If you do, I’ll just say one thing – don’t expect too much out of it.

Have you used crystals for Feng Shui? How has it worked for you? Please share your thoughts using the comment below!